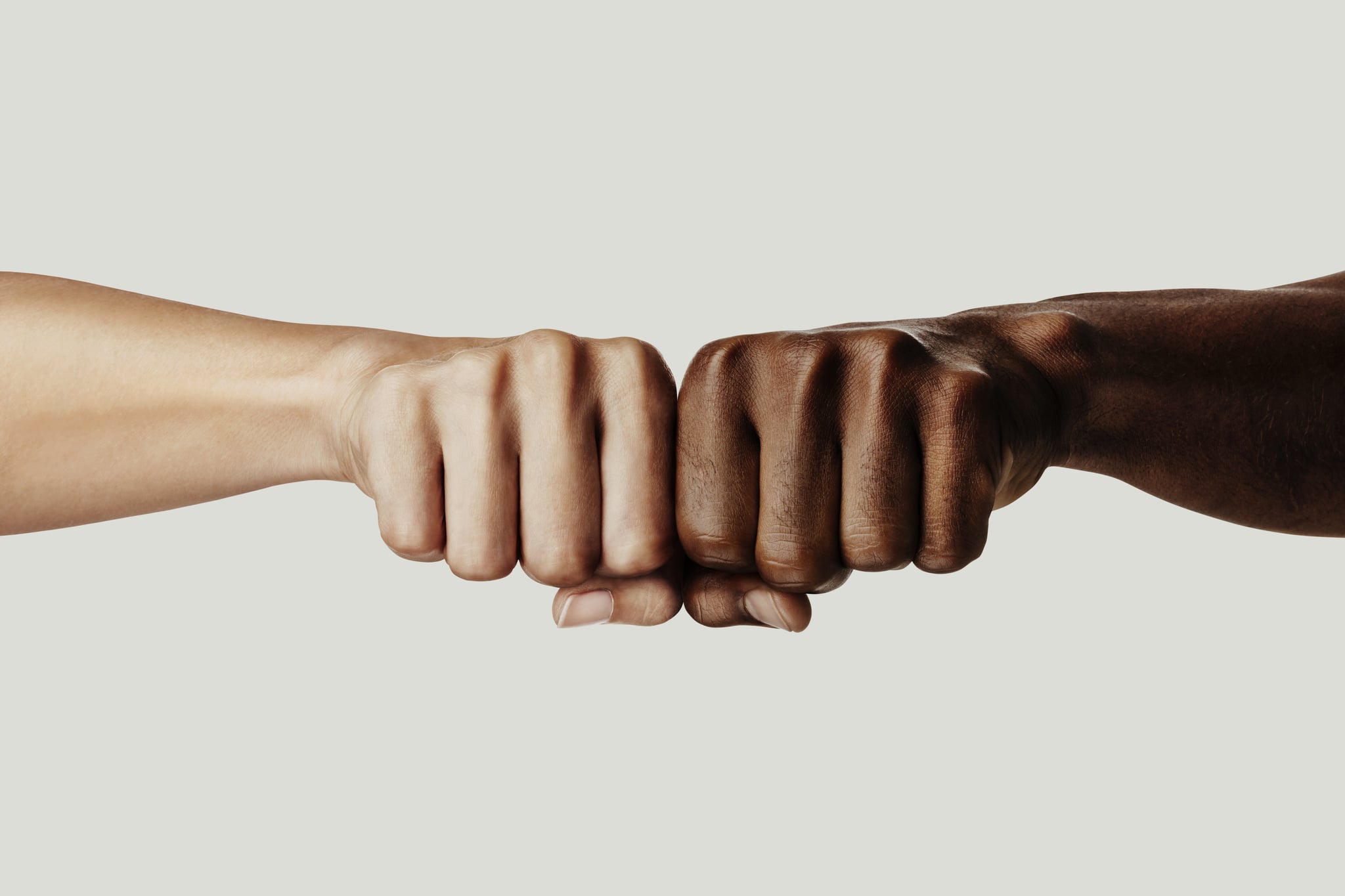 There's this scene in the movie Matilda when Miss Trunchbull decides Matilda — her 6-and-a-half-year-old archnemesis — is the one who planted a newt in her water knowing she would be terrified. Upon confronting Maltida, Miss Trunchbull says, "Did you act alone or did you have accomplices?" With this question, Miss Trunchbull is asking if Matilda had friends that helped her achieve her goal — friends that would equally receive the headmistress's wrath.

Allies say, "I don't see colour. I stand with you." Accomplices recognise that distancing themselves from the problem is the problem.

While the line is from a children's movie, it actually perfectly applies to the issues we're facing head-on right now. An accomplice is often seen as a negative, usually someone who helps another commit a crime. But in today's world, especially in the matters of protesting police brutality and celebrating Black lives, we need accomplices. We need people who are so down for the cause that they would risk it all, regardless of their skin colour.

Over the past few weeks, I've been seeing a lot of allies (people who are all talk) fall short of being accomplices (people who walk the walk). The sad truth is that sincere concern has not fixed and will not fix our problems. And it's not enough to protect Black people in America. We need action.

If you've been treading along the line of ally to accomplice and want to become an accomplice, let me break it down for you. Allies typically have Black friends and use that as their "get out of jail free" card to say that they've always supported Black lives. Accomplices also have Black friends but are driven by injustices to educate themselves and others about police brutality and racism through action.

Related:
These Teen Activists Met Through Twitter and Organised a Protest of Over 10,000 People

Allies say, "I don't see colour. I stand with you." Accomplices recognise that distancing themselves from the problem is the problem. Allies send Black friends information about an upcoming protest in their respective city. Accomplices organise and host protests. Allies protest until it gets dangerous. Accomplices get arrested for disobeying curfew. Allies say, "I'd love to shop Black, can you send me some brands?" Accomplices understand that it's OK to ask but important to do the work themselves first. They scour the internet to find Black-owned brands and share what they find with others.

Allies repost content on the Black Lives Matter movement. Accomplices spend hours and days educating themselves and then create action plans to make change. They send emails to mayors and governors involved in the cases of Rayshard Brooks, George Floyd, Ahmaud Arbery, Breonna Taylor, Trayvon Martin, and others. They attend virtual conversations hosted by Black creatives in their industries to gain further understanding and learn strategies to end systemic racism. They don't stop.

It's time to be more than a cheerleader. You have to do more than chant "Black lives matter." Now is the time to demand more of local governments, family, friends, and employers to influence permanent change. Activism is a muscle that we constantly have to work. It will get stronger the more you exercise it and learn what works.

Healthy Living
My Daughter Got Her Period at Age 10 — Here's Why She Didn't Freak Out (and Neither Did I!)
by Jenny Sugar 06/1/21
Latest Smart Living
×