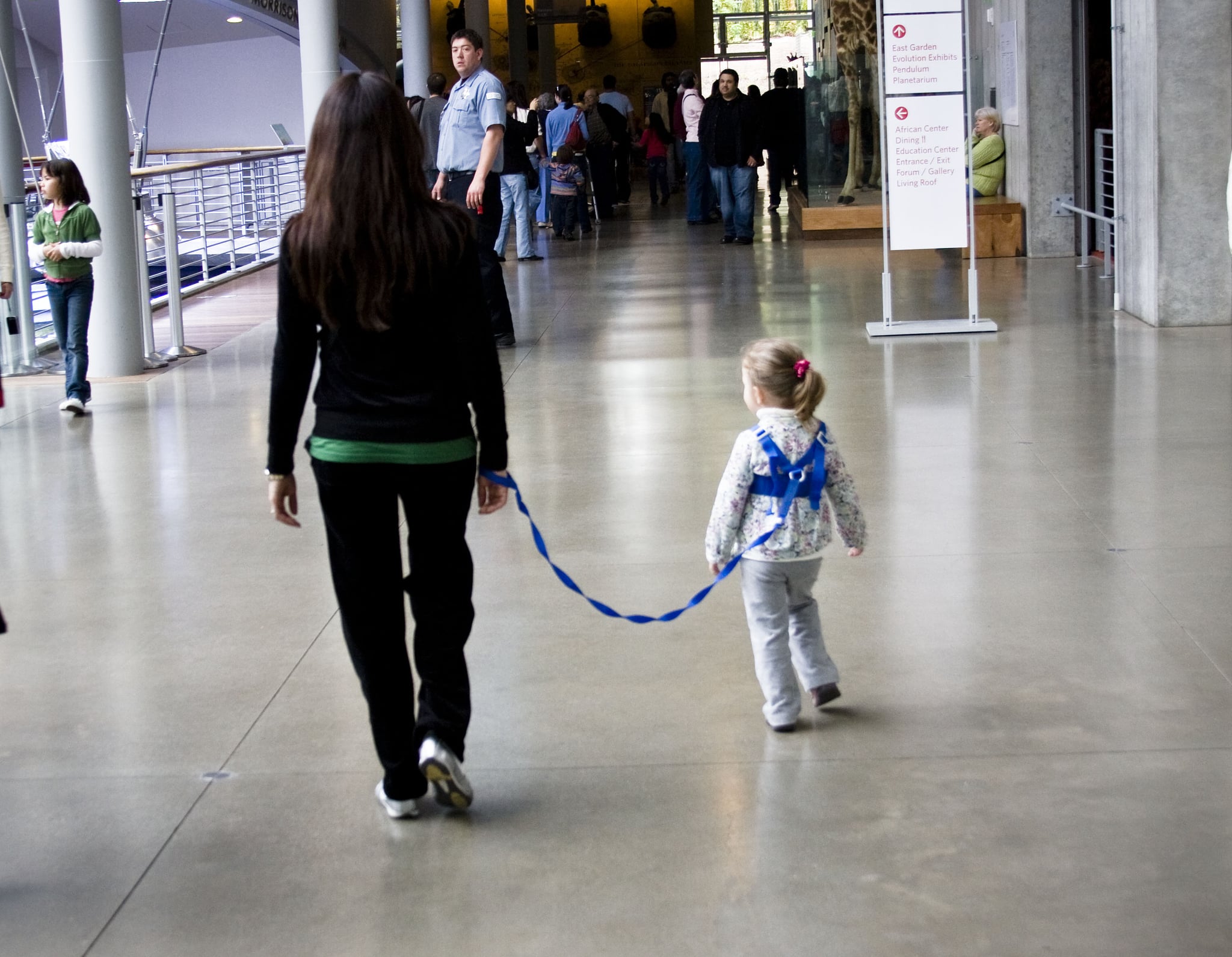 Back in the day, long before my husband and I decided to have kids, I used to unabashedly judge parents who used a harness, aka a leash, with their children. There's this feeling that the child is being treated like a pet, or worse, that it's a way for the parent to not actually have to pay too close attention to their child and can "check out." These were all thoughts I had whenever I saw a parent "walking" their kid around, and I swore I would never use one.

Then I had my son.

When he was born, I realised just how emotionally attached parents are to their children. It turns out that my parents were 100 percent correct when they told me I'd never fully understand how much a parent can love until I became a parent myself. You would do anything to protect them, and for some parents, that means a leash when out in public.

Related:
Why I Have the Right to Discipline Your Kid

My son has never enjoyed holding my hand for extended periods of time, and even now I can cajole him into it for only crossing the street before he rips his hand away as soon as we've reached a safe spot. His anti-hand holding stance was even stronger when he was learning how to walk, and he became especially against it when he figured out how to run. To him, holding my hand meant that I was slowing him down when he desperately wanted to go fast.

Language development was also an issue. He understood the words "no" and "stop," but not necessarily the weight of importance behind them. Museums, parks, and waiting for the train all became a battle of wills between me and my young toddler who wanted to run while I struggled to keep up. Since he still didn't realize how vital listening to my directives was, there were incredibly scary moments where he would giggle and run away, out of my site.

Using a backpack with a leash gave me a sense of security in a sometimes dangerous and scary world. There's nothing quite as terrifying as walking with a toddler who likes to suddenly bolt onto a train platform. Those one-second mistakes could be deadly. Unwilling to risk it, and unwilling to stay inside and wait until he was a better listener, the backpack with a leash became a thing, and it was life-changing.

While he didn't accept me holding his hand, he loved a sense of ownership with his backpack. He put his bottle and some snacks in there, the leash was on my hand, and we were off. It was almost as if the backpack anchored him to me, without me needing to make the leash taught. Slowly he began to learn and understand instructions, and after his second birthday, he didn't need it anymore.

People judge, I get it. What I don't understand is the unwillingness of people to accept that parents might actually know what's best for their children. People might want a leash for a strong-willed runner, a kid with a learning disability who needs extra support, or to protect against stranger-danger. If a person doesn't want to use a leash, that is totally an acceptable policy and I'm glad they've never felt the need. As the parent of a former runner, I'm so glad that there was a tool that allowed me to parent him with confidence.

Editor's Note: This piece was written by a POPSUGAR contributor and does not necessarily reflect the views of POPSUGAR Inc. Interested in joining our POPSUGAR Voices network of contributors from around the globe? Click here.