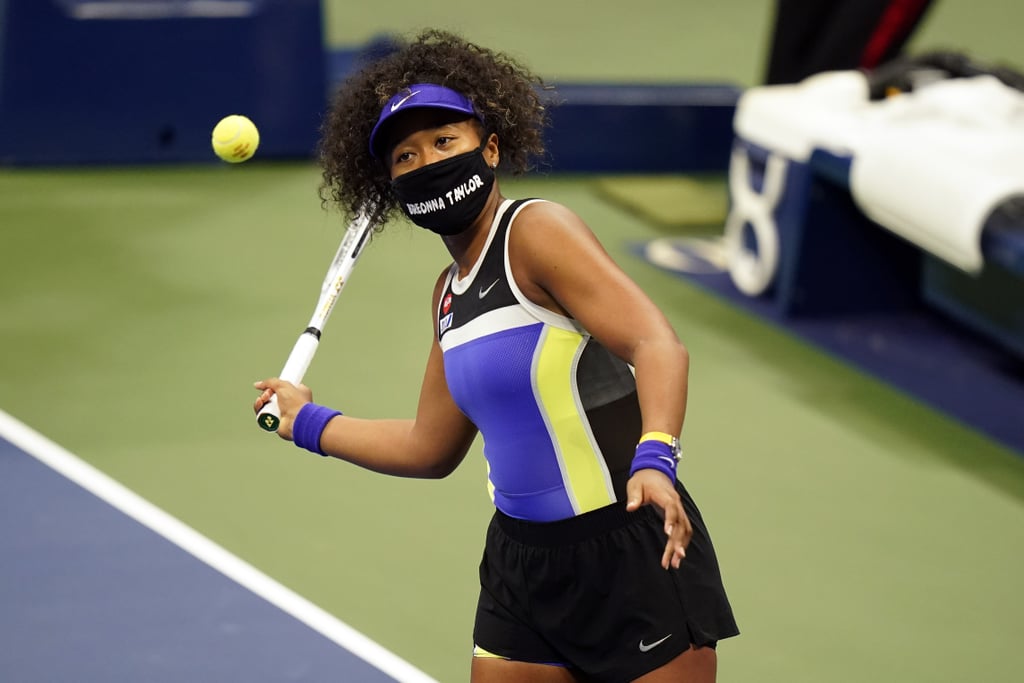 Naomi Osaka won her first 2020 US Open match (sans the crowd) against fellow Japanese tennis player Misaki Doi 6-2, 5-7, 6-2 late Monday night. While entering and exiting the court in Arthur Ashe Stadium, Osaka donned a face mask with Breonna Taylor's name printed on the front, paying tribute to the 26-year-old emergency room technician who was brutally shot in her apartment by police offers under a no-knock warrant.

Osaka, 22 and the 2018 US Open champion, said according to CNN, "I'm aware that tennis is watched all over the world, and maybe there is someone that doesn't know Breonna Taylor's story. Maybe they'll Google it or something. For me, [it's] just spreading awareness. I feel like the more people know the story, then the more interesting or interested they'll become in it."

Osaka also noted that she has seven face masks total, bearing the names of Black victims of police brutality. "It's quite sad that seven masks isn't enough for the amount of names," she said in a post-match interview, "so hopefully I'll get to the finals and you can see all of them."

This came after Osaka and other athletes across sports last week postponed their games following the police shooting of 29-year-old Jacob Blake in Kenosha, WI (whose name we expect to see on one of Osaka's masks). She opted out of a semifinal match in the Western & Southern Open, writing on Twitter, "Before I am a [sic] athlete, I am a Black woman. And as a Black woman I feel as though there are much more important matters at hand that need immediate attention, rather than watching me play tennis." (She then withdrew before the finals due to a hamstring injury.)

Keep reading for a look at Osaka's US Open masks so far and their significance — we'll continue to update this article each time she makes it to another round and she honours a victim of police brutality.

Related:
Naomi Osaka Wanted to Be Like Kobe Bryant — He Told Her to Be Better
Previous Next Start Slideshow
Join the conversation
Naomi OsakaBlack Lives MatterRace And CultureAthletesSportsTennisUS Open
Related Posts

TV
Are TV Networks Doing Enough For Representation? The Work Is Just Getting Started
by Ralinda Watts 18/12/20
Latest Health & Fitness
×