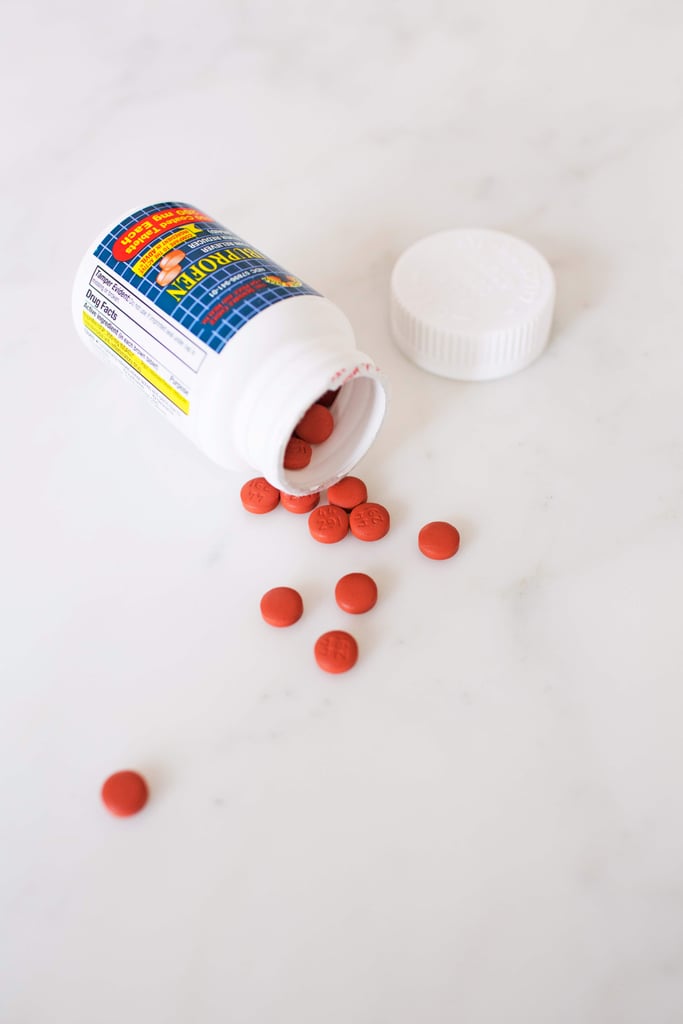 This Is What Happens When You Take Ibuprofen Too Often, According to a Doctor

You might be thinking, If I don't need a prescription to buy it, it must be safe to casually take it. For the most part, taking ibuprofen to ease pain is totally harmless and effective. However, a drug's a drug, and if you're taking ibuprofen on the daily, you might start to notice some unfortunate side effects.

First off, what is ibuprofen, exactly? "Ibuprofen is a nonsteroidal anti-inflammatory (NSAID). NSAIDs are frequently used for the treatment of inflammatory and painful conditions and are considered to be one of the most commonly used classes of medications worldwide," Harrison Linder, MD, from the Centre for Interventional Pain Medicine at Mercy Medical Centre in Baltimore, tells POPSUGAR.

"The current recommendation for ibuprofen is to limit daily use to no more than 30 days."

It's a handy medicine to stash in your purse, as long as it's used properly in the recommended time span and dosage amount. "The current recommendation for ibuprofen is to limit daily use to no more than 30 days. Dosing can range from 400 milligrams to 800 milligrams up to four times a day with a daily maximum of 3200 milligrams per day," says Dr. Linder.

However, if you exceed that amount or keep taking it well into your second (or third) month, the negative effects begin to outweigh the desired benefits of decreased discomfort and pain, he says.

Related:
Before You Buy Honey, Read This

You might be surprised, but it's actually pretty common for some people to rely on ibuprofen as a way to make it through the day. "Very often, individuals involved in large amounts of physical activity, either athletes or people with physically demanding occupations, will rely on ibuprofen or other NSAIDs as a way to limit daily aches and pains and allow continued function," says Dr. Linder.

Unfortunately, while you might feel that instant hit of relief and make it through a final set of burpees, you could be putting your body at risk down the road. Here's all the info you need to know about ibuprofen, along with the common physical side effects you could experience if you take too much of it.

Healthy Living
Always Find Yourself Taking Your Vitamins at Night? Here's Why You May Want to Reconsider
by Camila Barbeito 30/12/20
Latest Health & Fitness
×