Jonah Hill Talks About Being Overweight and Having a Sense of Style: "Be Yourself . . . Lean Into It"

Jonah Hill has just launched a clothing line with Adidas consisting of sporty basics in really gorgeous, jewel tone colorways. He's particularly proud of his own take on the Samba sneaker, since that's always been a favourite of his, and he redesigned the shoe to be completely monochrome. "Whenever I was growing up, I would go to the mall and get fat laces and replace my normal laces with fat laces. And I wanted them to be monochrome. The first thing I would do when I would get a new pair of Sambas, is buy fat laces in a monochromatic colour and put them in. And I always felt really cool when I did that," Hill told GQ for his November interview that focuses on his own personal style evolution and observations about the fashion industry.

Hill had been envisioning starting his own label, having always loved fashion, when he was approached by Adidas to collaborate. "I'm the biggest Adidas fan there is. So it was like, of course I'm going to learn from these geniuses and collaborate with them. Who wouldn't take that opportunity, and to get your stuff worn and seen by more people and also have a great education?" Hill said. Continuing, he delved into his unique experience:

"I think the biggest shift in my personal style was that I always had an interest in personal style and fashion, but I was always a bigger guy. It's really hard when you're overweight to dress a certain way, because clothes aren't made for people who are overweight to have style. So, I think it surprises people. Even now, I'll overhear someone discussing my place in the fashion world or whatever, and people are like, 'That guy? The schlubby guy from Superbad?'"

Hill said that because his career has its roots in comedy and he was overweight, he was often made fun of or made to feel like he shouldn't care about fashion, but he didn't allow any of that to distract him. As clothing brands sent him pieces to try on and photograph himself in, he realised, with confidence, he has great taste.

"The idea was realising, whether I was big or small, that I really can define my own personal style. I think that's a dope wave that's happening right now in culture, too. But for me, that was a big turning point of realising: okay, be yourself. You don't have to be anything you don't want to be. And if you're really interested in fashion then you should be, don't push that away. Lean into it."

Yep — we've never wanted to scream a celebrity quote from the hilltops as much as we do right now. Ahead, catch a glimpse of Hill wearing his new line for Adidas and see how he uses Instagram as a place to curate his outfits. Consider us big fans of them all. 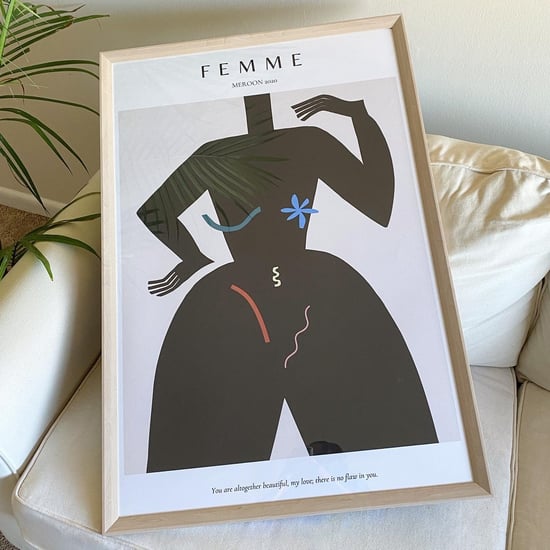