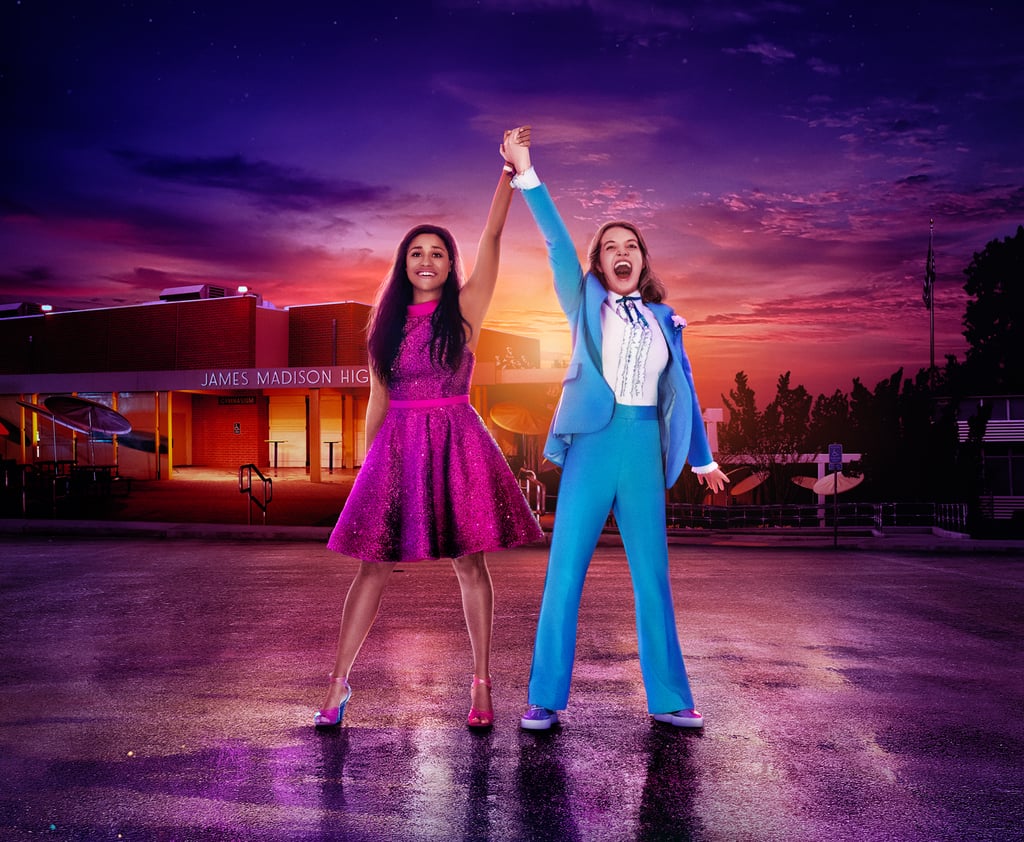 Emma's Outfits in The Prom Were Made to "Mix the Boy With the Girl," and You'll Love Them All

Netflix's The Prom, released Dec. 11, not only brings us a star-studded cast that includes Nicole Kidman, Meryl Streep, Kerry Washington, Andrew Rannells, James Corden, and Hollywood newcomers Jo Ellen Pellman and Hamilton's Ariana DeBose but also a sought-after storyline from the Broadway show of its same name. Ryan Murphy is behind this film adaptation, so we expected all of the high-fashion glitter met with refreshing realness of witty banter — that's what Murphy is known for. He worked with his longtime collaborator costume designer Lou Eyrich on the wardrobe design. (Eyrich also outfitted the characters for Murphy's Pose, American Horror Story, and Glee, just to name a few of their well-known projects.)

We chatted with Eyrich about what it was like to work with the incredible cast and crew and coordinate their looks since, as you'll notice right off the bat, there are plenty of rainbow moments to pay homage to the LGBTQ+ community and the Pride flag. Small spoiler: our favourite comes in the form of Washington's Gucci dress, which she wears as Mrs. Greene at her daughter Alyssa's inclusive prom. But Alyssa (DeBose) and Emma (Pellman) are the real fashionistas to watch. Emma thrifts most of her clothing, mixing masculine and feminine details and throwing random accessories together to show she isn't afraid to express herself, while Alyssa walks the line between varsity cheerleader in pink, a look her conservative mother has come to expect from her, and confident sequinned queen.

We get to follow Emma and Alyssa's relationship throughout the film with plenty of bold fashion moments to obsess over, all of which Eyrich credited back to Murphy's team and the original Broadway crew who inspired it all. "The whole team came together to achieve that big, sparkly Hollywood movie vibe, from the production design, the hair, and the makeup to the cinematography and the props. Kudos to them for their amazing work," she said. Ahead, Eyrich breaks down the key costumes in The Prom exclusively for POPSUGAR and explains their significance.

Related:
The First Few Songs From Netflix's The Prom Have Us Even More Pumped About the Musical
Previous Next Start Slideshow
Join the conversation
MoviesAriana DeBoseThe PromLGBTQ+Screen StyleNetflixNicole KidmanFashion InterviewJames CordenRyan Murphy
More from POPSUGAR
From Our Partners
Related Posts