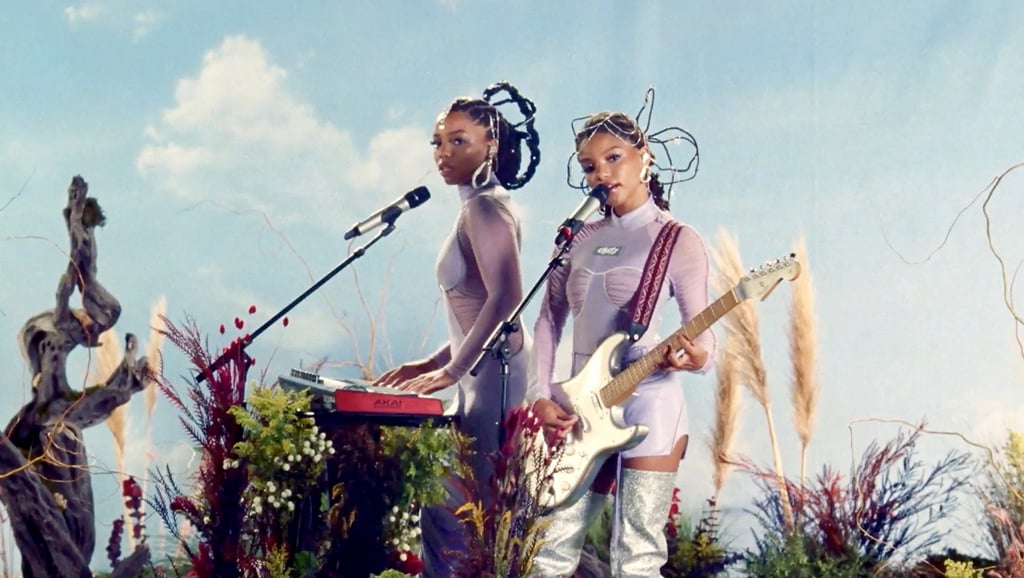 Chloe x Halle brought their A-game with their Billboard Women in Music performance outfits. Not only did they manage to transport us all to a heavenly place with their vocals and futuristic set, but their performance looks also took it to another level. On Dec. 10, the sister duo appeared at Billboard's Women in Music virtual gathering to perform a rendition of their song "Baby Girl." They sang the third track off their latest album, Ungodly Hour wearing a pair of lavender outfits, complete with matching glimmering eye makeup and intricate hairstyles.

Chloe x Halle 's matching turtleneck dresses included sheer-paneling with ruched details, and they accessorised with silver earrings and headpieces. The talented singers also wore glittering silver shoes that only added to the futuristic feel of their entire set. ICYMI: They also accepted the rising star award wearing matching black outfits, which was presented by their mentor, Beyoncé. Keep scrolling to watch Chloe x Halle's performance ahead, then see more photos of both their performance and award acceptance outfits from all angles ahead. 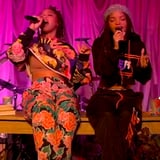 Celebrity Style
What Will Dr. Jill Biden Wear in the White House? Here's Our Best Guess
by Sarah Wasilak 16/12/20