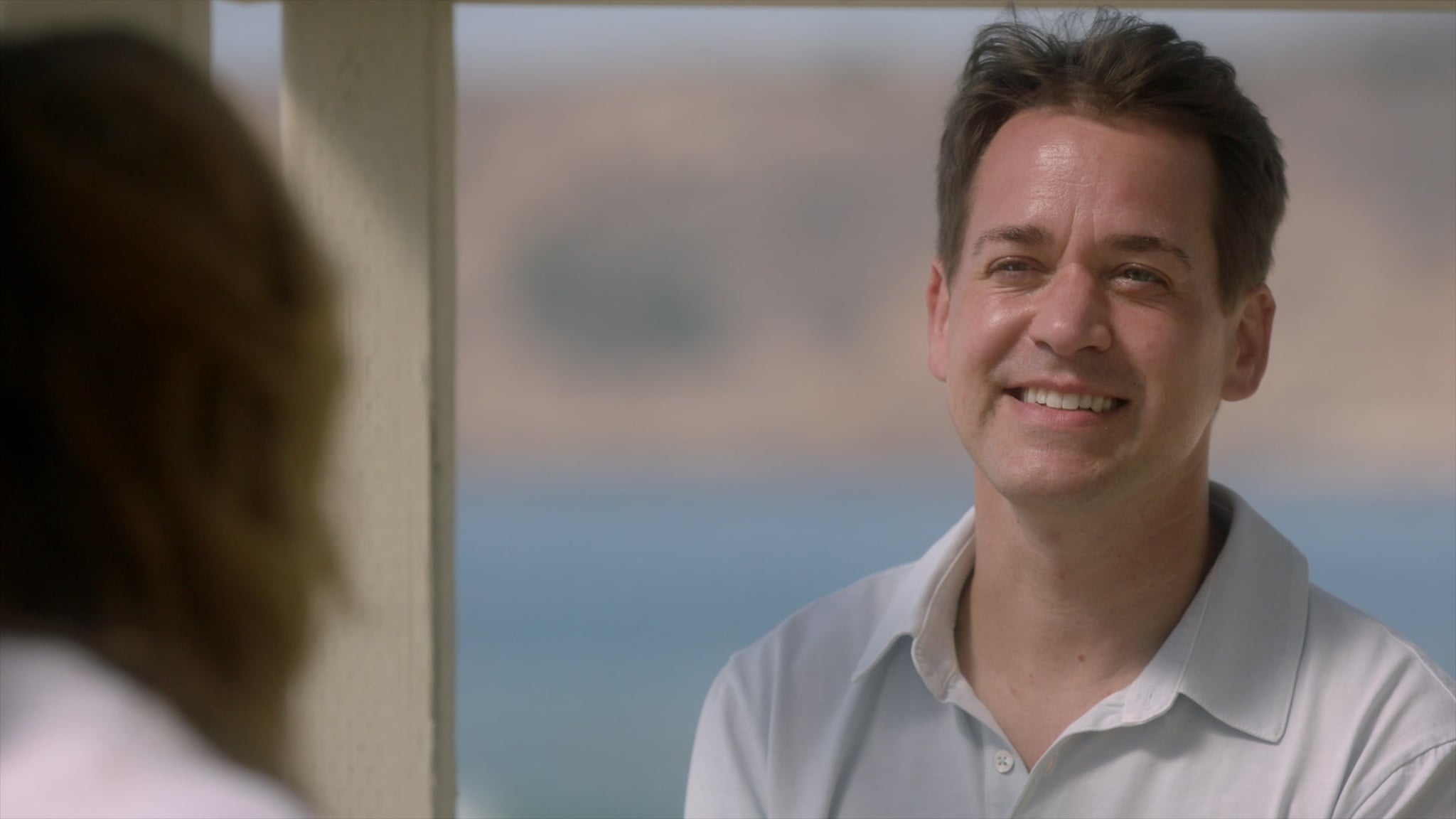 We knew it was coming, folks, but Grey's Anatomy keeps the hits coming! In the Nov. 19 episode titled "My Happy Ending," Meredith comes across another person in her COVID-induced beach vision, and many fans theorised that the next character to return would be Lexie Grey, Meredith's younger half-sister. But to the surprise of many, the returning character turned out to be T.R. Knight's loveable George O'Malley, whom Meredith came across leaning against the railing of the beach's lifeguard tower!

Like Patrick Dempsey, who kicked off the potential parade of returning characters during season 17's premiere episode, Knight is one of the original cast members of Grey's and a certified fan-favourite before his departure in season five. George met his end after jumping in front of a bus to rescue a stranger, with Knight explaining that he was leaving because he felt that the character "had expired" after getting less screen time.

In "You'll Never Walk Alone," George and Meredith stroll along the beach as she contemplates her mortality. In previous episodes, Derek explained to her that nothing around them is real, and she isn't able to join him because she's still worried about their kids. While Meredith muses on whether she and Derek's children would be able to move on from her death, George explains how his passing affected his mother. He tells her that if she leaves her family and everyone waiting for her on the outside, she'll hurt them. It seems like Meredith might be waking up soon!

Before the episode aired on the East Coast, showrunner Krista Vernoff tweeted that it was "tremendous for so many reasons" and featured a guest star appearance that "makes me cry for joy every time I watch it." She definitely isn't the only one with tears in her eyes! And after the episode, Knight posted a photo from behind the scenes, similar to Dempsey and Pompeo's selfies from the premiere. "George O'Malley will always claim my heart," he wrote. "Thank you to Ellen, Chandra [Wilson], Jim, Krista, and all the familiar faces for once again sharing your beautiful light."

In an interview with Deadline Vernoff revealed that Knight was the first return she thought of. "The imagining came to me of Meredith walking with her feet in the water with George. That was the first image that came to me, and the joy that filled me up when the image came, I believe, is translated on screen," she confessed. "I believe we have given many millions of fans that moment of pure joy with this, and right now in our lives, in this pandemic pure joy is rare, and so I'm so grateful to T.R. for coming and playing, and offering that to everyone, because I think it's meaningful.

Knight described his return as a "wave upon wave of happiness," and noted that despite initially wondering how to get back into play George after all this time, he appreciated how Vernoff approached his return. "What I loved about what Krista did with George was, Meredith is having this vision . . . of who George would be. George is a very complicated person and that's what made him such an amazing pleasure to play, but Meredith is seeing the best of George: she's seeing his humour, his kindness, his generosity, and in this brief moment that you get to see him it's such a great way to remember him," he said. ". . . To be able to get back into that world was . . . there's a better word than profound, and I'll get there someday.

While some fans may be disappointed with the lack of Lexie Grey in tonight's episode, have heart! There are hints that Grey's will be featuring the return of several other beloved characters, including a possible reappearance by Cristina Yang herself! (Please, Sandra Oh, do it for the fans!) There's always still time for a Lexie return, though we're not sure how long Meredith will remain in her current state. In the episode, she starts to gain awareness of what's going on in the outside world. In the end, Meredith, George, Webber, and Bailey — the latter two who are visiting Meredith in her hospital room — are shown sitting together on the rocks. (Yes, I cried.) 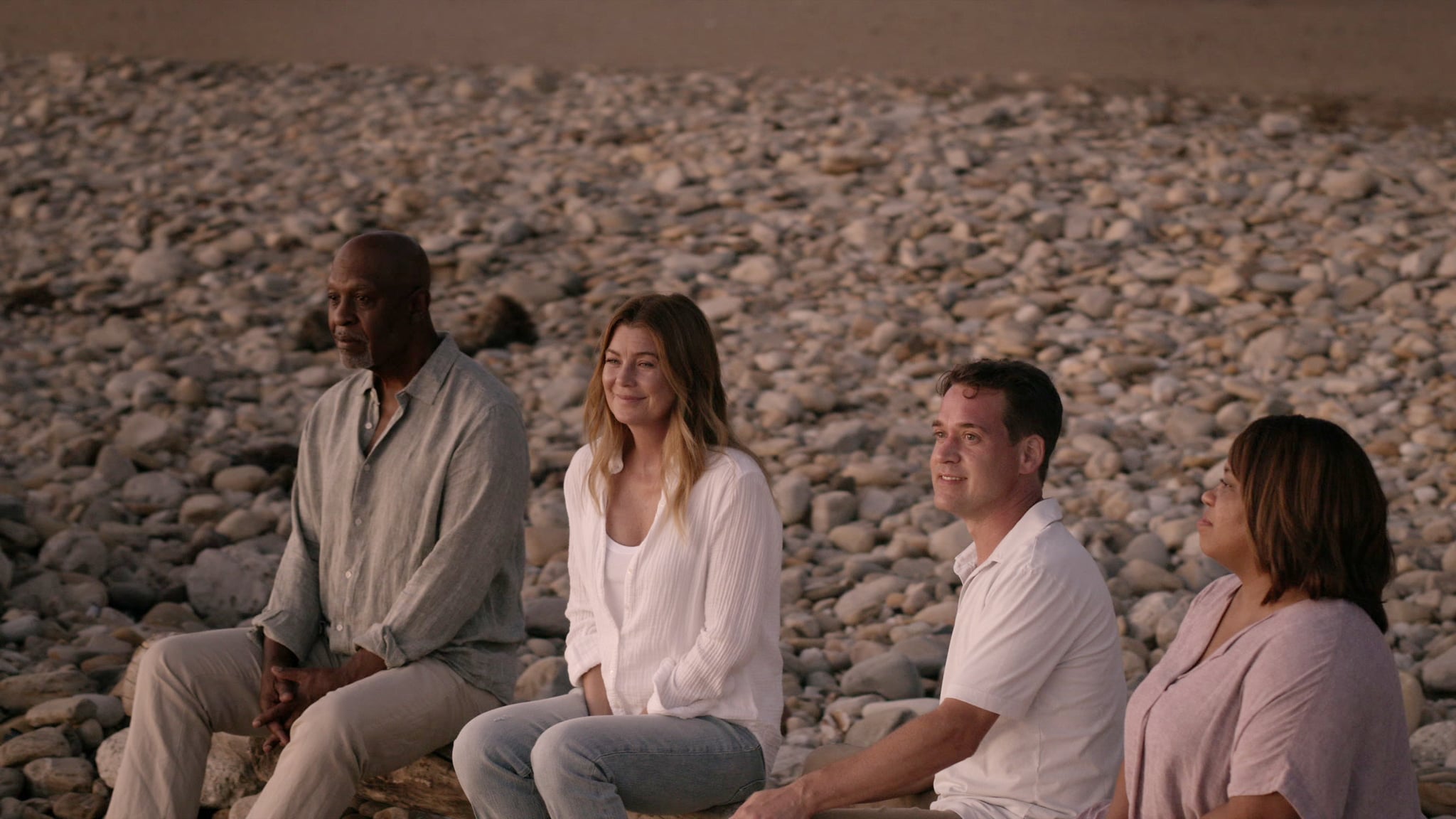 We don't think Meredith is going to die from the virus, but considering that she once told James Corden her dream finale would have all of the original cast members return, we should be wondering if Meredith will be leaving Grey Sloan Memorial soon.