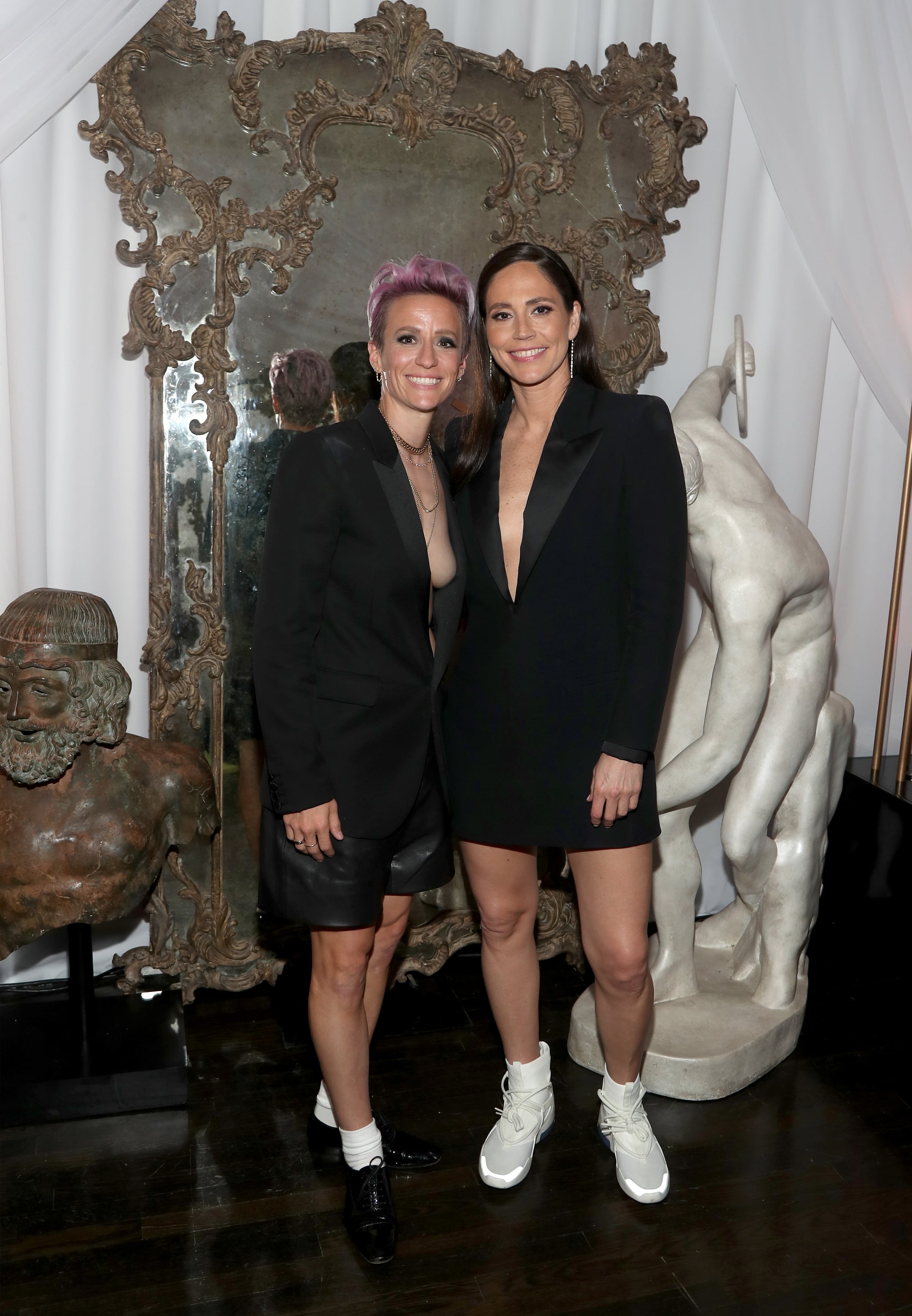 Congrats are in order for Megan Rapinoe and Sue Bird — they are engaged! On Friday, Sue shared the exciting news on Instagram by posting a photo of Megan proposing to her in an infinity pool.

The world-class football star and the WNBA player first struck up a romance after meeting at the Rio de Janeiro Olympics in 2016. Sue has previously joked that Megan slid into her DMs, and the two have been making us swoon over their relationship ever since. They even even became the first openly gay couple to appear on the cover of ESPN The Magazine's iconic Body Issue. Congrats to Megan and Sue on their engagement!

Harry Styles
Harry Styles and Olivia Wilde Might Be Dating, Proving 2021 Is Already Full of Surprises
by Grayson Gilcrease 05/1