There's already so much drama surrounding the Married at First Sight Grand Reunion and if the piping hot tea we're hearing is anything to go by, then we're already in for a real treat.

The all-stars special will air over two nights on Sunday, January 31 at 7.00pm and Sunday, February 27, at 7.00pm on Channel Nine, with part one setting the scene with an "explosive" dinner party.

Part two will see the group join MAFS relationship experts John Aiken and Mel Schilling, who catch up with each participant and see what they've been doing since we last saw them in the experiment.

"Sparks fly as some of the most memorable brides and grooms from past seasons gather for the reunion of all reunions. The MAFS favourites revisit the infamous dinner party table and the tell-all confession couch when they all get together for the first time since leaving the experiment – it's a television event not to be missed.

"Old flames reunite, friendships are formed, and broken ones mended, past conflicts resurface, redemption is earned and after all this time, people are held accountable for their actions," the official synopsis reads and yes!

A post shared by Married At First Sight (@mafs)

While the specials have yet to air, there has already been a lot to unpack.

In fact, former castmates Power and Paule (season 6) have been at the centre of the drama.

When interviewed by The Wash upon her arrival to Sydney, Power said that she hoped Paule had "matured since having a baby". Well, it seems that "Cyclone Cyrell" has not, and sent an epic message to her former co-star on Instagram: "Let's get one thing straight… just because I've had a baby, doesn't mean my morals or attitude has changed!!!," she wrote. Ooft.

"If you want to come at me and disrespect me, I'll slap some sense back into you. B--ch… I pushed a baby out my Hoo haa… don't think I'll hesitate in knocking ur ass back to last week. Best things bout reunions… ur not hiding behind Instagram anymore… say it to my face."

Paule was also at the centre of another drama-infused feud, up against Sultan (season 3).

According to the Daily Mail, Sultan dramatically quit the reunion after an "explosive clash" with the mother-of-one, leaving the Lilyfield Warehouse (home of the MAFS dinner parties) after the dinner party turned on him.

The reality star told the publication that an argument arose between him and Paule when she asked for an apology for "trolling her baby" — 10-month old Boston — whom she shares with Love Island star Eden Dally.

"She wanted me to apologise. She said I'm a troll. That I trolled her when she was pregnant. Which there's no way I did," he told the outlet, before adding: "She went off. It was like death in her eyes."

Sultan then said that he had to apologise "three times" but she just "kept at me, at me, at me. She stood over me."

Breaking the third wall, producers then had to step in where filming came to an abrupt halt and Paule was led away.

"I got attacked tonight by the whole dinner party and I walked out," Sulter then claimed.

In photos obtained by The Wash, Power was also seen leaving the reunion. 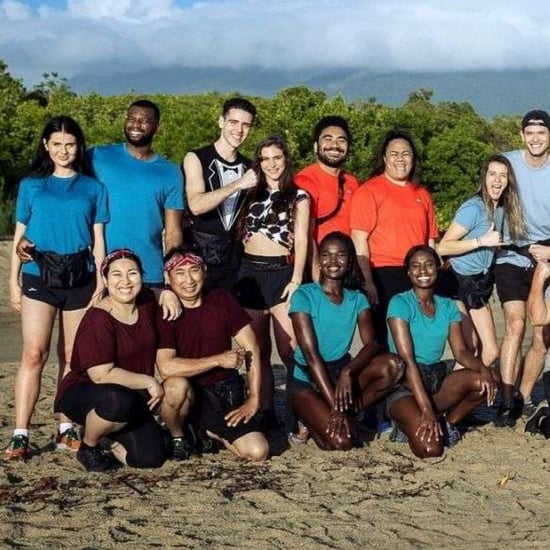 Gift Guide
Dan Levy Shared His Favourite Etsy Finds, and We Want Everything
by Shelcy Joseph 08/12/20

Celebrity Style
Jenna Lyons on Her New TV Show and the One J.Crew Piece She'll Never Get Rid Of
by Sarah Wasilak 05/12/20

TV
The Real Housewives of Salt Lake City Is Peak Bravo, and You Should Absolutely Watch
by Hedy Phillips 05/12/20
Latest Celebrity
×