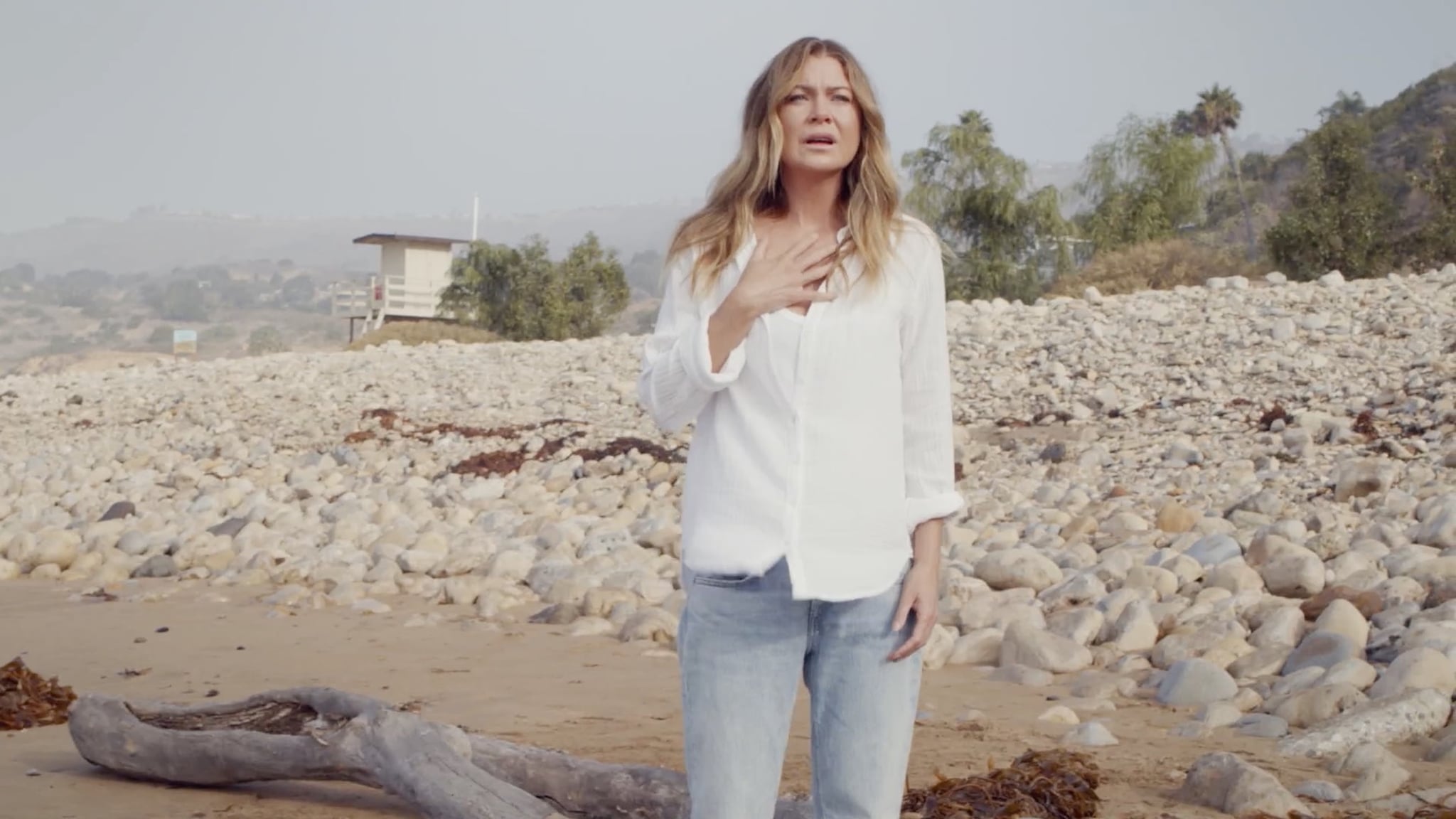 You're probably still reeling from that heady premiere of Grey's Anatomy season 17 in the US (Australian release expected on Channel Seven in 2021), but there's one question that sticks out: what's going on with Meredith Grey? Throughout the episode, Meredith is grappling with the harsh reality of being a frontline healthcare worker during the COVID-19 pandemic. She's tired, heartsick from seeing her patients die, and anxious to finally help save someone. By the end of the episode, she needs to be convinced to leave the hospital — and when she does, she winds up collapsing in the parking lot.

The good thing is, Meredith's collapse leads to a dream where she reunites with the late Derek Shepherd, who is as dreamy as ever. The two never actually get close to one another, but Meredith shouts out to Derek that she misses him, and he answers that he knows. It's a sweet moment from the couple that's sure to tug at any fan's heartstrings. But, as sweet as it is, we're still pretty worried about the fact that it took Meredith collapsing to get there. What's going on with her? 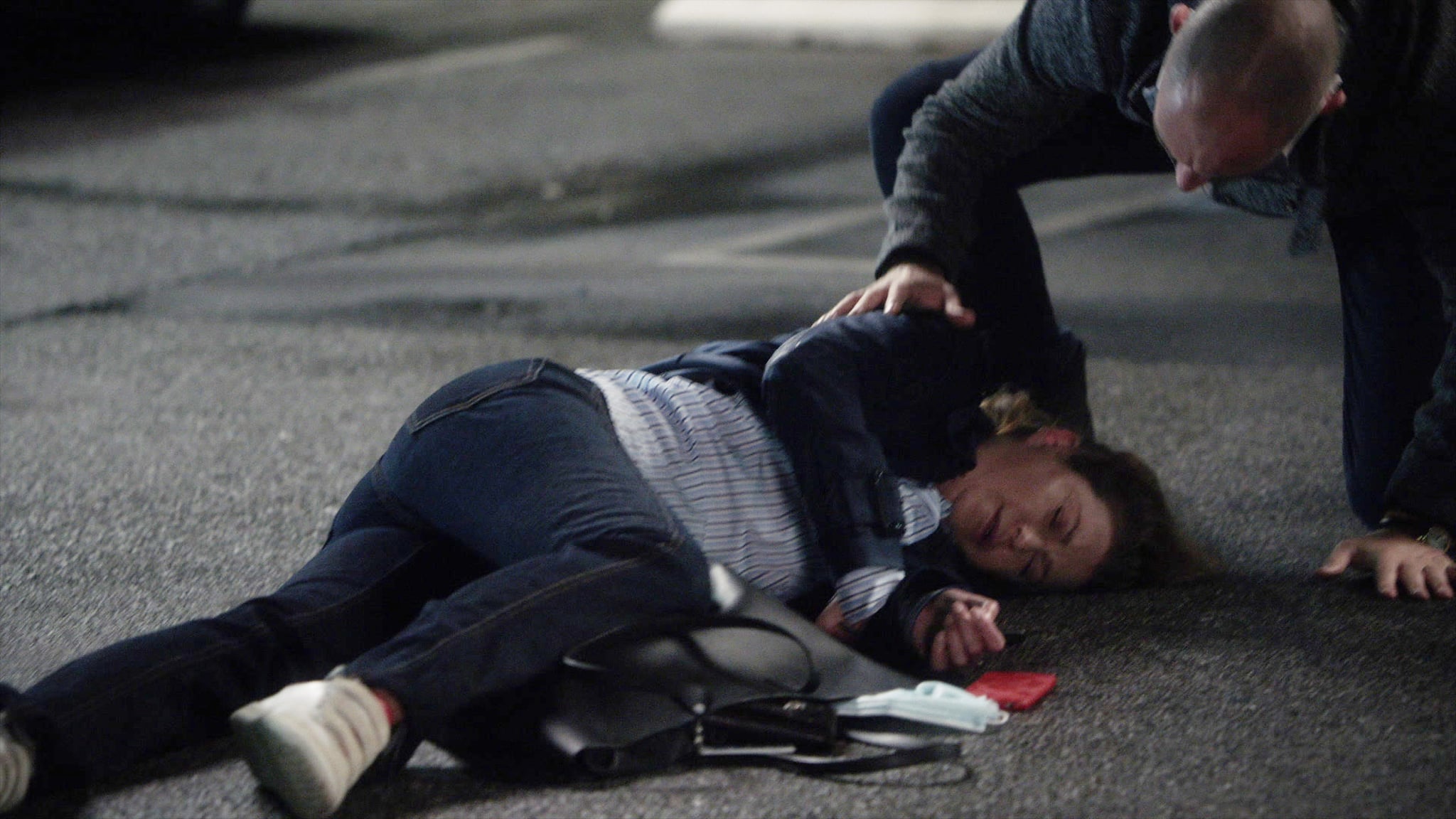 In the trailer for the second episode of the season, there are hints that Meredith is sick and whatever she's suffering from is causing her dreams. Because the season has incorporated COVID-19 and Meredith is a doctor surrounded by sick patients all the time, it's not difficult to make the connection between her possible illness and the pandemic. Showrunner Krista Vernoff said that Derek's return is a "joyful" one, so we're going to assume it doesn't lead to Meredith's death. If she does have COVID-19, we expect that her symptoms will last as long as Patrick Dempsey's return will, and she'll get better when he leaves. That's enough time for fans to relish the character's presence before we start expecting him to make a full comeback.

"The truth is if I get too aggravated and I'm no longer grateful there, I should not be there."

So, there's hardly any reason to worry that Meredith will die this season because her time sick isn't likely to last. But that doesn't mean Ellen Pompeo's staying for the long haul. The actress has spoken out about being excited to move on to new things before and, in August 2020, she appeared on an episode of Dax Shepard's Armchair Expert podcast where she reiterated the idea that she would leave the show sooner rather than later. "I do not want to be the grapes dying on the vine," she said. "I think to dip out sooner rather than later, at this point, having done what we've done, to leave when the show is still on top, is definitely a goal. I'm not trying to stay on the show forever. No way. The truth is if I get too aggravated and I'm no longer grateful there, I should not be there."

The actress added that having control over her storyline and being able to use such a large platform to "impart some ideas," helps to keep her in a place of gratitude that allows her to stay on. But she admitted that she often wonders what other challenges she can give herself. If Pompeo ever does decide to leave, we already have an idea of how her final episode will probably go. Back in September 2019, she told James Corden her dream finale would have all of the original cast members return. If you start seeing characters other than Derek Shepherd coming back to Grey Sloan Memorial, that's when you should start getting worried.